We are very proud to announce the release of a brand new loops and fills library for iPad and iPhone, played by Steve Gadd!

This absolute studio master is one of the most recorded drummers in the world and has entered the world of IOS with brand new recordings (October 2017) and releases his feel, groove, artistry and more in his favourite tempos and styles. Furthermore Steve pays tribute to earlier monster hits that he performed on by giving you the grooves in a 4 bar loop form and bringing ya back to the feel of the original songs form the past. In fact, all loops are 4 bars in length (a thing Steve wanted from the beginning) to give you the feeling that he is right next to you! Enjoy it as much as we did making it! 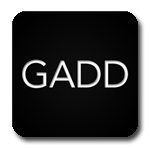 Play along or record your own songs with the best studio drummer in the world! Steve Gadd Loops is one of a kind, the first time the celebrity drummer (James Taylor, Chick Corea, Paul Simon) comes to IOS with 4 bar drum loops for you to copy/paste into your DAW or to play along with! It features full Audiobus and Inter App Audio support. A perfect partner for GB, loops and fills follow GB tempo!

Perfect for songwriters, producers, teachers and fans…… a one time opportunity to play along with as legend. hundreds of loops and fills played by the absolute master of his craft. Steve has recorded in his fav tempos and styles, providing you with signature ‘feel’ grooves that have set Steve aside long ago from his colleagues. Copy any loop to any paste equipped DAW for songwriting or play loops within the app as a ‘human metronome’ for practicing.

If you use GB as your DAW of choice you get an incredible advantage, you can copy a loop or fill into GB and from there on change the tempo and maintaining Steve’s feel!

Every loop or fill is available in 2 distinct mixes, a close miked ‘dry’ mix and a ‘room mics added’ version, giving you the option to choose or to combine both sounds within the environment of your sequencer.

Every chapter comes in a wide range of tempos including:

In fact, a revolutionary app with a living legend on drums! The most sought after studio and live drummer for the last couple of decades unleashes his feel for the world to have and to enjoy!